Jesus The Messiah - What Are The Odds? 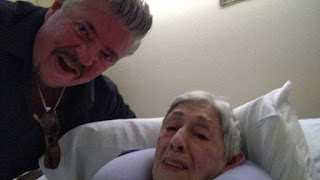 One of the most wonderful witnessing experiences I have had, so far anyway, was leading a 96 year old Jewish woman to the Lord on Christmas Day, 2015, while visiting a nursing home in Sierra Vista, AZ. At 96 she was sharp as a tack and she shared her life story with me over an hour or so. Every so often I would interject something biblically relevant as an example that fit into her life. Mostly, I listened. At the end I shared a brief explanation of Jesus as the Messiah. She knew the OT scriptures and grasped this immediately. One thing I want to share with you is the mathematical odds of Jesus fulfilling OT prophesies.
Odds of fulfilling just 8 OT Prophesies
The odds of one man fulfilling just eight OT Messianic prophecies is 1 in 10^17. That would be one followed by 17 zeros, 100,000,000,000,000,000. In order to comprehend this, if you took 10^17 silver dollars and laid them out on the state of Texas, they would cover the entire state two feet deep. If you marked one of those silver dollars with a sharpie, stirred the whole mess thoroughly and then blindfolded a man and told him that he could pick up just one silver dollar that has the mark on it, those would be the same odds as having the OT prophets writing just eight prophecies and having them all come true in one man.
The chance of one man fulfilling 48 Messianic prophecies found in the Tanakh (Old Testament) would be 1 in 10^157, or 1 followed by 157 zeros! Yet, This is the number of obvious OT prophesies fulfilled by Jesus.

Right before I left I leaned in and told her that Yeshua was waiting for her. She just said ‘I know ‘ as the tears came pouring down. To think, 96 years and to finally come to the truth, just awesome.
Don’t keep your faith to yourself...blessings
Posted by First Love Missions at 8:11 AM No comments: Links to this post

Paul speaks of principalities and powers in Ephesians 6:12, saying that we as believers “wrestle not against flesh and blood, but against principalities, against powers, against the rulers of the darkness of this world, against spiritual wickedness in high places.” Principalities and Powers are specifically mentioned six times in scripture and implied by definition even more…but what are they and where are these “high places?”
A principality is defined as ‘a relatively small geographic area, within a larger geographic area, ruled over by a prince or other chief ruler’. Powers operate within a kingdom, a principality, or even an empire. So, a principality has regional power or capacity to act, exerting control or influence over that region. We know from Paul that our struggle isn’t against physical beings but against these invisible enemies and that they reside in “high places”. To shed some more scriptural light on the idea of how a demonic principality functions, we can look at Daniel 10.
In Daniel 10, Daniel has been fasting and praying for some 21 days and has a vision – and an angelic visitation from Gabriel. Gabriel explains to Daniel that his prayers were heard from day one but that he had been doing battle with the ‘prince of the kingdom of Persia’, trying to break through to Daniel with the prophetic answer to his prayer. Gabriel further explains that the Archangel Michael had come to his aid. He also mentions the ‘kings of Persia’, implying that he had been doing battle with a principality, the prince of Persia, who had been given great authority and power. From this one illustration we see principalities and powers at work - and even though they aren’t specifically labeled as such, they meet the definition perfectly - If it walks like a duck…
But Wait! Didn’t Jesus Disarm Principalities and Powers in Colossians 2:15??
“When He had disarmed the rulers and authorities [those supernatural forces of evil operating against us], He made a public example of them [exhibiting them as captives in His triumphal procession], having triumphed over them through the cross.” (Col 2:15 AMP)
How is it possible that Jesus disarmed principalities and powers and yet, in Ephesians 6:12, written some 30 years after the death, resurrection and ascension of Christ, Paul says that it is against these very same powers that we do battle? Just for giggles, let’s look at the Greek for the meaning of the word ‘disarm’, or ‘spoiled’ as it is in the KJV.
Disarm (spoil) in the Greek (G554; G575; G1562), means to strip (separate) one of his garments; to unclothe.
Clothing, garments, armor, etc. in scripture is almost always symbolic and representative of power, praise or righteousness – i.e. Isaiah 61:3; Job 29:14; Eph 6:10-18, etc. It also means to bare or expose one for their true being.
When Jesus ascended into heaven, He disarmed the principalities of their power, exposing them as being completely powerless against Him. This was evidently, according to scripture, a temporary thing. The answer as to how this could possibly happen lies back in Daniel 10. The prince of Persia had been defeated by Michael - just as the principalities of Colossians 2:15 were defeated by Christ - allowing Gabriel to break through to Daniel. So, if that principality was defeated, wouldn’t that leave a big, gaping hole in the demonic forces in “high places”, that Paul referred to as being very active 30 years after Christ’s ascension? Daniel 10:20 explains how this is possible:
“ Then he said, “Do you understand why I came to you? But I shall now return to fight against the prince of Persia; so I am going forth, and behold, the prince of Greece is about to come.” (NASB)
What Takes Place on Earth is Reflected in the Heavenly Places
Did you catch it? The prince of Persia was being replaced by the prince of Greece! The demonic is like rust, it never sleeps and there are always replacements waiting in line to jump in. This also speaks to another topic - what happens on earth is reflected in the heavens. At the time that all this was going on with Daniel, the Persian empire on earth was about to be conquered by the Greeks in the form of Alexander the Great. Remember, principalities are ‘regional’ entities. The prince of Persia was located in the second heaven (in between earth and God’s throne) above Persia, over what is now Iran. Alexander the Great was a Grecian king who conquered Persia in 324BC and this is what Gabriel was referring to when he said ‘the prince of Greece is about to come”. What takes place on earth is reflected in the heavenly places. This basic concept is stated in Matthew 18:18: “Verily I say unto you, Whatsoever ye shall bind on earth shall be bound in heaven: and whatsoever ye shall loose on earth shall be loosed in heaven.” This also speaks of the power we carry, on earth and in heaven.
We know that these entities were created by Jesus, which means they have a purpose. Colossians 1:16 says “For by him were all things created, that are in heaven, and that are in earth, visible and invisible, whether they be thrones, or dominions, or principalities, or powers: all things were created by him and for Him”
The really good news is that we believers are seated in Christ in heavenly places (Ephesians 2:6) and have been given all authority over every demonic entity on earth and in the heavens and that through His precious blood we can defeat these entities the same as He did.
Posted by First Love Missions at 3:54 PM No comments: Links to this post