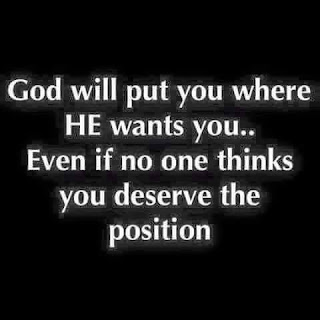 Paul oversaw the stoning of Stephen and was chief persecutor of Christians throughout Jerusalem and surrounding areas. His personal mission was to eradicate Christianity from the face of the earth, yet Jesus hand selected him as the messenger of the Gospel in Arabia, Turkey, Greece, Damascus, Judea, Syria and the Roman territories as well as author to a third of the New Testament. Imagine the initial shock to the other Apostles upon hearing this same person preaching with power. If God has called you, don't question it based on your past, stand on it based on what God has shown you of your future!
Posted by First Love Missions at 6:26 PM No comments:

More people die today from drug overdose than by guns or car accidents combined and abortion murders millions of innocents every year.
“and they did not repent of their murders nor of their sorceries nor of their immorality nor of their thefts.” ~ Revelation 9:21
The word ‘murder’ (G5408) here is wanton (deliberate and unprovoked, usually associated with promiscuity) slaughter in large numbers. The Greek word translated as ‘sorceries’ is pharmakeia (G5331, 5332), which is the taking or administration of drugs or poisoning, and where we get the English word pharmacy.
Posted by First Love Missions at 1:18 PM No comments:

Whenever the topic of deliverance comes up, someone spouts about repossession backlash.  The worry is that the evil entity expelled has high probability of return with 7 others more wicked than itself.  If that was common as hyped, hapless victims would be  worse-off rather than better for daring to seek ministry.

Some deliverance ministers suggests intense spiritual rituals to prevent re-infestation.  The benefits of prayer, praise, and Bible reading mutate into uselessness when frantically employed like superstition’s rabbit foot and payments to gypsies to ward-off alleged impending curses.
If true of Kingdom deliverance ministry, it’s a far cry from the abundant life that Christ promised.  If retaliatory re-invasions are routine, it would indicate that Jesus put the woman with the spirit of crippling infirmity at risks for re-affliction of the old paralysis + 7 worse  sicknesses.  Mary Magdalene would’ve been targeted to get back her 7 + 49 more; and it would’ve created repossession open season on the demoniac tomb-dweller to be overrun by his initial legion and to become the barracks for 7 additional legions.

Many deliverance buffs would claim that most everybody on the planet needs deliverance from demons.  Whatever the case, less than 1% actually experience expulsion ministry.  Yet, in spite of hosting a demon or 2; most of the world’s citizens are able to bear the harassments and torments well enough to  lead reasonably productive lives.  That in the equation dictates that deliverance with inevitable repossession attempts that require endless rituals to advert, would complicate rather than liberate their lives.  Many sensible people who could benefit from deliverance would say: “It’s better to live with the demon that I know than to risk attracting 7 worse that I don’t know.”

My take is that the repossession notion was concocted by enthusiasts taking verses 24-26 of LK 11:14-26 out of context.  Careful examination reveals that Jesus was talking about 2 distinct types of deliverance from evil spirits.  His with the finger of God and that of the Pharisees sons of whom some were Jewish exorcists.  His Kingdom ministry that later became Christian was based on the Word’s governmental  authority and Jesus’ name.   This had nothing in common with the traveling Jewish exorcists who casted out demons.  They conjured out spirits with the incantations and talisman of Beelzebub the Lord of demons/Satan.
A Kingdom divided against itself cannot stand.  Jesus’s Kingdom ministry was permanent and gathered new citizens for the Kingdom.  That of the exorcists was designed to be temporary as a ploy to infest victims with more demonic distresses than they initially suffered.

With Kingdom/Christian deliverance; whomever, the Son sets free is free indeed. (Jn 8:36)  Righteousness, peace, and joy in the Holy Ghost are the evidence of the Kingdom; not preoccupation with fears of re-infestation. (Rom 14:17)

Casting out spirits in the NT is synonymous with being healed of demons. (LK 8:2)  Jesus healed all oppressed by the Devil. (Acts 10:38). Before scaring people about high risks of repossession, think about this:  How many examples do you find in the NT where those ministered to by Christ or Churchmen had previous disease and/or demon reentry with 7 other spirits/conditions that were far worse?  Well, there’s the truth!  No, not one instance of repossession, right?

When it comes to Christian deliverance ministry, hyper-sensitive admonitions about repossession are nonsense.
Posted by First Love Missions at 9:17 AM No comments: