Peace Between Muslim and Jew?

Peace Between Muslim and Jew?
The Hadiths of Islam are a collection of deeds and sayings attributed to Muhammad and are just as important to the Muslim as the Quran in daily life. One of the most popular Hadiths deals with killing Jews and explains exactly why there will *never* be a 'natural' peace between Muslims and Jews. In this Hadith, Muhammad prophesies that the day of judgment will not come until the Muslims fight and destroy the Jews, saying that Jews will hide behind rocks and trees and that the rocks and trees will cry out to Muslims to come kill the Jew:
"The Day of Judgement will not come about until Muslims fight the Jews, when the Jew will hide behind stones and trees. The stones and trees will say O Muslims, O Abdullah, there is a Jew behind me, come and kill him. Only the Gharkad tree, (the Boxthorn tree) would not do that because it is one of the trees of the Jews."
Hadith references:
(related by al-Bukhari and Muslim).Sahih Muslim, 41:6985, see also Sahih Muslim, 41:6981, Sahih Muslim, 41:6982, Sahih Muslim, 41:6983, Sahih Muslim, 41:6984, Sahih al-Bukhari, 4:56:791,(Sahih al-Bukhari, 4:52:177)
If Islam is the sworn enemy of the Jew, it is also the sworn enemy of the one true God. Ezekiel 38 addresses the end times war between Israel and Islamic nations - but the outcome is the exact opposite to what Muhammad envisioned.
The only way for peace is through Jesus Christ. I've been ghost writing testimonies of converted Muslims that are published in a monthly newsletter of a ministry very active in Muslim nations. Today in the Middle East Jesus is personally appearing to Muslims in great numbers and more and more are coming to the truth found only in Jesus. Keep Muslims in your prayers and pray for the coming peace of Jerusalem.
Posted by First Love Missions at 12:21 PM No comments:

How Islam Caused the Collapse of Classical Civilization


This video map represents Islamic wars from 632-1920 AD. Click to play and then go full screen to view details.
Posted by First Love Missions at 3:08 PM No comments: 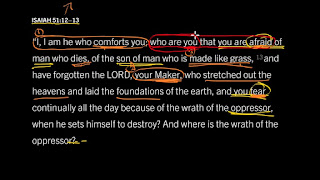 Scripture instructs us over and over not to fear. In Isaiah 51:12-13, God both admonishes us and encourages on this subject.
He begins by stating that He is the one who comforts us and then - "Who are you that you are afraid of man?" He goes on to remind us that is was He who "stretched out the heavens And laid the foundations of the earth", it was He who created everything.
The significance of this passage cannot be understated. When we fear the things of this world - everything related to 'man' - we place those things above God! We usurp the power of the creator of the universe that is alive inside us and replace it with flesh.
One of the biggest issues facing the body of Christ has today is not realizing the authority we carry - the absolute power of the creator. As a result we freak out at every little thing and are 'tossed about, to and fro'. The next time you even begin to fear ask yourself the question that God poses here - who are you to fear?
Posted by First Love Missions at 10:20 AM No comments: 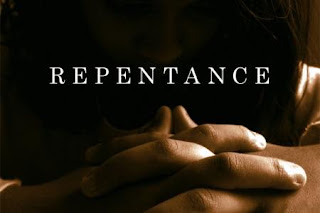 2 Chronicles 7:14 has been used for decades as a prayer model for the repentance and spiritual healing of a nation with zero effect. Ever wonder why?
"and My people who are called by My name humble themselves and pray and seek My face and turn from their wicked ways, then I will hear from heaven, will forgive their sin and will heal their land."
First, as always, we must look at the context, which in this case is easy. In verse 13, God lays out three separate hypothetical situations given in the form of "if":
"IF I shut up the heavens so that there is no rain, or IF I command the locust to devour the land, or IF I send pestilence among My people"
So, first, we are dealing with hypotheticals. Second, notice that each of these hypotheticals deal strictly with the physical, not spiritual matters.
The Partial Answer: This scripture is always used in dealing with spiritual issues, not physical - AND the entirety of these verses deal with hypotheticals and not actual events...and how can we expect to get real answers to prayer about a non-real issue? But even this doesn't get to the actual heart of the matter...
The Full Answer: You cannot repent for any other sin except your own. If that were true, you could repent for your brother's sins and he'd be forgiven and saved, but you can't. Matthew 6:15 deals with this - the key words being "you" and "your".
Both Daniel and Nehemiah 'confessed' the sins of the nation - Neh 1:5-7 and Dan 9:1-19 - but at no time did they attempt to repent for those sins because they understood that it can't be done.
The Bottom Line: We can only repent for what we ourselves have done - what we ourselves are personally responsible for. We can pray that the Holy Spirit would convict others to do the same, but we cannot take responsibility for the sins of others, either past or present, and reconcile them to the Lord.

In addition to this, as noted by Jim Croft of Derek Prince Ministries, "There is another reason: the promise pertained to the Jewish people while Solomon's Temple was functional. After Babylonian captivity and the destruction of that Temple a second was built under Ezra's leadership. Afterward, there's no evidence that the Jews presumed that national repentance would invoke the healing of their land. There's no further mention of the 2 Chronicles 7:14 concept for the next 500 years and into the NT era. There was high spiritual fervor and massive waves of national repentance through the ministries of John the Baptist, Jesus, and the Apostles. Yet the land was not healed and no prayers requesting such are found in the annuls of the NT. Just the opposite happened. The 2nd Temple was razed to the ground and 600K Jews were slaughtered with half that many deported into slavery. Out of context verse applications endanger good-faithed saints of disillusionment." Amen.
Posted by First Love Missions at 11:46 AM No comments: 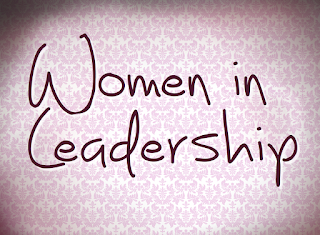 Fur may fly over this one, but so be it.

The debate regarding women in ministry roles is always heated and most often the one scripture quoted as the mantra by those that say that women have no place in ministry is 1 Timothy 2:12, which states "But I do not allow a woman to teach or exercise authority over a man, but to remain quiet" Unfortunately, this scripture is abused by misinterpretation, lack of biblical knowledge and the history of the specific situation it addressed.
Firstly, we must take the scripture in its specific context, which was a personal letter written by Paul to Timothy regarding a very specific situation in the church at Ephesus and it is in that specific context that Paul’s restriction was given. In that context, this passage contains a restraining order issued to curb the activities of a small group of women who were teaching a false doctrine in Ephesus. This is reflected in Paul’s discussion of false doctrines and teachings found in 1 Timothy 1. The rise of women in Ephesus was the result of false teaching that was, ironically, started by men and 1 Timothy 2 was written to address this issue. These women were usurping and misappropriating authority to the point of domineering. This is made evident by the original Greek word 'authentein', which has been horribly translated as "authority" when it actually means 'an abuse of authority'. This 'transgression' is referred to in 1 Timothy 2:14 where Paul uses the analogy of Eve being deceived. Thus the relegation of women to the role of learners, who must be quiet and submissive to a male authority structure, represents a local rather than a universal rule - and was a temporary restraining order at that.
There is no direct command or mandate from God here and absolutely nothing to suggest that Paul was establishing any long-term church policy. If this were so, there would be mention of this in the rest of Paul’s writings as well as elsewhere in the Bible in the teachings of Jesus for that matter - and there is none. To the contrary, when one considers the whole of Paul's writings and his complete outspoken support of the leadership of women, we can only conclude that 1 Timothy 2 was a direct response to Timothy about a very specific issue within a specific church, namely Ephesus. Paul's support of women in leadership roles is evident in a number of other churches, including Philippi, Thessalonica, Cenchrae, and Rome.
For those that say 'nay' to women ministers, I would suggest asking oneself, "if women not being allowed in leadership roles is a mandate from God, why has God consistently used women in leadership roles throughout the history of the church?" Women like Phoebe, Priscilla, Chloe, Euodia and Syntyche who were on Pauls ministry team. Women like Junia, the female Apostle of Romans 16:7, who Paul describes as outstanding among the Apostles. Women like Catherine Booth, who God used mightily in England in the 1800's, or missionary Mary Slessor, who God used to spread the gospel in Nigeria, or Kathryn Kuhlman, who God used incredibly to bring a healing revival in the United States in the 1970s, or current women Prophets and Apostles like Bonnie Chavda, who brings amazing clarity to the word and heart of God with miracles, signs and wonders or Heidi Baker, who's ministry has seen countless miraculous healings and raisings of the dead in Africa over the past thirty years.
From both a historical and scriptural view, the only logical conclusion one can reach is that any teaching or doctrine that restricts women from leadership contradicts the complete teaching of scripture and is, in itself, heretical. Amen.
Posted by First Love Missions at 10:31 AM No comments: