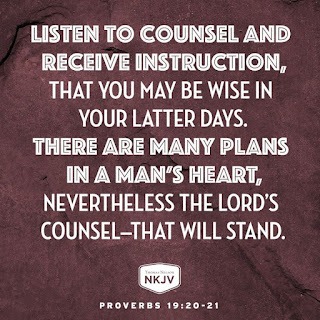 How believers react when corrected with the word of God speaks volumes about their base character.
"Listen to counsel and accept discipline (instruction, correction),That you may be wise the rest of your days." ~ Proverbs 19:20
Posted by First Love Missions at 1:20 PM No comments: Links to this post

Faith Without Works is Dead 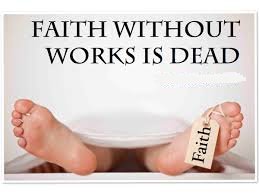 When we walk by faith and not by sight (2 Cor 5:7), the invisible becomes visible (Heb 11:1) and we can focus on the things not seen, the eternal things of God (2 Cor 4:18). Faith enables us to call heaven down to earth, the manifestation of God's Glory.
Hebrews 11:6 tells us that without faith it is impossible to please God, while James 2:17 tells us that faith without works (exercising faith) is dead faith. God's obviously not interested in dead faith, which means that merely 'having' faith means nothing to Him without demonstrating that we have it. We demonstrate that we have faith by exercising it (doing works).
In order to please God we must exercise faith in doing the work of God while on earth. To exercise faith means putting it into action - doing something. Go do something today.
Posted by First Love Missions at 12:14 PM No comments: Links to this post

How The Jews Helped Discover America 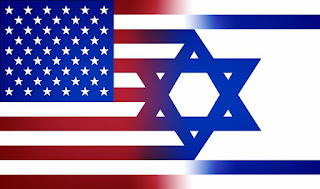 If you were asked what happened in 1492 as part of American history, you'd most likely say "Columbus sailed the ocean blue" (according to the well-known poem) or that Columbus discovered America...and you'd be mostly correct. But if asked who financed Columbus journey, you'd probably say Ferdinand and Isabella of Spain...and there you'd be only partially correct. The historical fact of the matter is that the Jewish population of Spain was largely responsible for the discovery of America...something you probably won't read in your history books. On March 31, 1492 the Catholic monarchs of Spain, Ferdinand and Isabella, issue a decree, called the Alhambra decree, ordering all Jews to either convert to Catholicism or leave the country. This was done out of fear that the Jews would convince other Jews that had converted to Catholicism to return to Judaism. As a result, some 200,000 Jews converted but up to 100,000 did not and were forced to flee. What ensued was massacre in the streets as wealthy Jews were literally slaughtered, suspected of hiding money and other riches on their person. At one point, it was said that Jews were swallowing diamonds and other gems, in an attempt to smuggle them out, and were literally gutted on the streets of Madrid by robbers. Some of the surviving Jews got together and gave a large amount of money to Columbus to find them a new home where they wouldn't be persecuted...and the rest is history.
America was founded on Judeo-Christian principles. Columbus voyage was not only funded by Ferdinand and Isabella, as the history books will tell you, but primarily by Europeans looking for religious freedoms, including the Jews of Spain, who were in large part responsible for the journey. Jews are still God's chosen people - because God is not a man that He should lie (Numbers 23:19) - and this is exactly why America has been the most blessed nation on earth - because it was founded, in part, for establishing a new home for the people of God. Today the number of Jews in the U.S. is rivaled only slightly by the number of Jews in Israel. As scripture tells us in Genesis 12:3, "those who bless you, I will bless, and those who curse you I will curse".
By the way, there was no such person as 'Christopher Columbus' at all. His real name was Cristóvão Colón. He also wasn't Italian but was born in Portugal. This is common knowledge among Latinos who are taught this truth in grade school...another lie taught as absolute truth in the American educational system - and originally perpetrated by the ruling Catholics of the day. That being said, there is a lot of evidence that indicates that Cristóvão Colón was himself a Sephardic Jew. In fact, when he addressed personal letters he placed a small cross in the center of the letterhead, and the Hebrew letters Bet and Hay, short for Baruch HaShem, “Blessed is God” on the upper left, very odd indeed for an Italian Catholic... ברוך השם
Posted by First Love Missions at 4:17 PM No comments: Links to this post 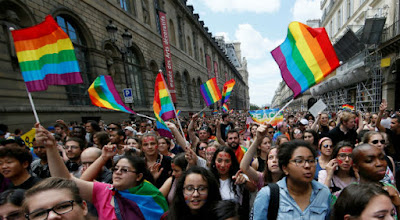 "Let not many of you become teachers, my brethren, knowing that as such we will incur a stricter judgment." James 3:1
I believe that when church leadership is silent on issues such as homosexuality, the Lord will find them guilty of aiding and abetting an abomination to God - and they will most definitely stand before Jesus and answer for the crime of keeping silent. The latest data on where the church and Christians stand on this issue is staggering and truly deplorable...and the fault is entirely on the shoulders of the one in the pulpit!
When are pastors going to say 'I don't care about being controversial! I don't care if half my church walks out! I don't care if I lose my tax-free status because I violated the provisions of some 501c3! I'm going to speak the truth in the word of God because that is my sworn allegiance and assignment before God almighty!'
When is the church going to stand?!? Where is the fear of God over the fear of man?
Posted by First Love Missions at 11:29 AM No comments: Links to this post