The Five-Fold Ministry: The Evangelist 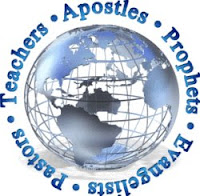 The Role of the Evangelist

The first activity of the first century church was evangelism. On Pentecost, the church began with some 3,000 individuals accepting Christ. At that point believers started meeting together in church groups. Those groups grew and divided as more and more confessed their faith and were baptized. During the next thirty years the church spread across Jerusalem, throughout Israel, and around the Roman world. The first century church was filled with people who recognized their responsibility as a witness of Christ, but the office of the Evangelist, as it pertains to the five-fold ministry is a position devoted to this endeavor.


The primary mission of the Evangelist is bringing lost souls to salvation. This mission is in direct relation to Christ’s promises to gather His people from every nation, tongue and tribe before His return. This is stated clearly in Matthew 24:14 and Revelation 7:9. The Evangelist’s mission is the ministry of outreach.


When Jesus sat for hours outside the temple or the city and taught the unsaved...

He was primarily functioning in the anointing of the Evangelist. Likewise, when Apostles were sent out, preaching the Gospel and bringing souls to Christ, they were functioning in the role of an Evangelist first and then the Apostle, organizing and planting churches and making disciples.


The only example of an Evangelist in the New Testament is Philip, so titled in Acts 21:8. In Acts 8 he obeys the Holy Spirit and brings the Ethiopian eunuch to a believing knowledge of Christ. Upon seeing the eunuch reading Isaiah and not understanding what he was reading, Philip immediately dropped what he was doing and explained the word to the man, resulting in salvation and followed almost immediately by water baptism. Evangelists will always have signs, wonders and miracles of healing & deliverance following them to confirm their message and anointing from God.


What Does The Evangelist Preach?


‘Repentance.’ Repentance is the beginning of a spiritual life and it continues to strengthen spirituality. It is the initial step toward salvation. As Peter answered on the day of Pentecost when asked by the crowd outside the upper room what they needed to do to be saved, “Repent and be Baptized”. As becoming a new creation in Christ is an ongoing process, sanctification through repentance of sin is a crucial ongoing process as part of becoming a new creation in Christ. And sin doesn’t just mean committing an act that breaks one of Christ’s commandments but can also be something as simple as being out of sync with God. The Apostles called the Lord Rabbi or‘teacher,’ but He never stopped calling them to repentance and Philip the Evangelist never did either.


Just as any true prophet today will preach repentance, likewise the Evangelist will also. Repent, seek Christ, acknowledge Him as your Lord and Savior and be baptized! This is the message of the Evangelist.


Water baptism is the first seal of salvation - the second being the baptism into Christ as John The Baptist put it – the baptism ‘into’ the Holy Spirit.
Water baptism is important because it signifies our dying with Christ and being raised with Him into our new Christian life – and it is always done as a public and open statement of faith in Jesus as savior.
The book of Acts especially mentions again and again that the converts were baptized in this manner:
The Ethiopian eunuch in Acts 8:38, Paul, the apostle, Acts 9:18, Cornelius and his household, Acts 10:47-48. Lydia, the quiet convert. Acts 16:15, The Philippian jailer, Acts 16:33, and Crispus, the chief ruler of the synagogue, Acts 18:8.
Paul even baptized again some converts who had believed on Christ and had been baptized by Apollos, simply because they had missed some of the joyful meanings and blessings of the Holy Spirit in connection with their first baptism (Acts 19:1-7). The New Testament puts baptism in the limelight anywhere people were saved.


The importance of complete submersion in water cannot be understated. In fact the very meaning of the word in Greek ‘baptizo’ actually comes from an ancient Greek cookbook in the directions for making pickles! And how do you make pickles? You completely submerge a cucumber in some kind of liquid or brine. The word indicates complete submersion - not a splashing or a sprinkle. Remember, water baptism signifies the 'burial' and resurrection with Christ. You cannot be 'buried' by a sprinkling.


Eschatological aspect of Evangelism: Just as Jesus cried in Matt 4:17 “Repent, for the kingdom of heaven is at hand”, the Evangelist also warns of the coming Kingdom of God and that the ONLY way to enter into it is through belief in Jesus Christ, the risen savior. Jesus is Lord and He’s coming again – and soon!


The Evangelist shows great love, care, respect and interest in individuals and deal with them with mercy and humbleness. This is the fruit of the Spirit for all Christian servants to follow and the ministry of the Evangelist is steeped in the love and heart of God.

Revelation 12:11 says that we overcome by the blood of the lamb and the word of our testimony. As an Evangelist, I can tell you that your testimony can be a powerful, powerful means to bring lost souls to Jesus. I have actually had people saved solely by listening to my personal testimony and what God has done in my life. If your testimony touches people that can directly relate to it, it can be extremely effective.


Finally, Jesus said, "Therefore go and make disciples of all nations, baptizing them in the name of the Father and of the Son and of the Holy Spirit, teaching them to obey everything I have commanded you. And surely I am with you always, to the very end of the age."

Part of the role of the Evangelist is to train Christians into discipleship. Correct teaching of the Word of God and hearing the voice of God are crucial weapons in the arsenal of the Evangelist. We must know the Word of God and preach it accurately. We must hear the voice of God for Word of Knowledge, Word of Wisdom and discernment. These are needed elements as part of the signs and wonders that accompany the Evangelist – healing the sick and casting out demons in particular.


The evangelist is the offensive line for the Kingdom of God, ever advancing forward. He carries a great burden for the unsaved and has a special anointing to preach the gospel and draw them to the Lord. Amen.