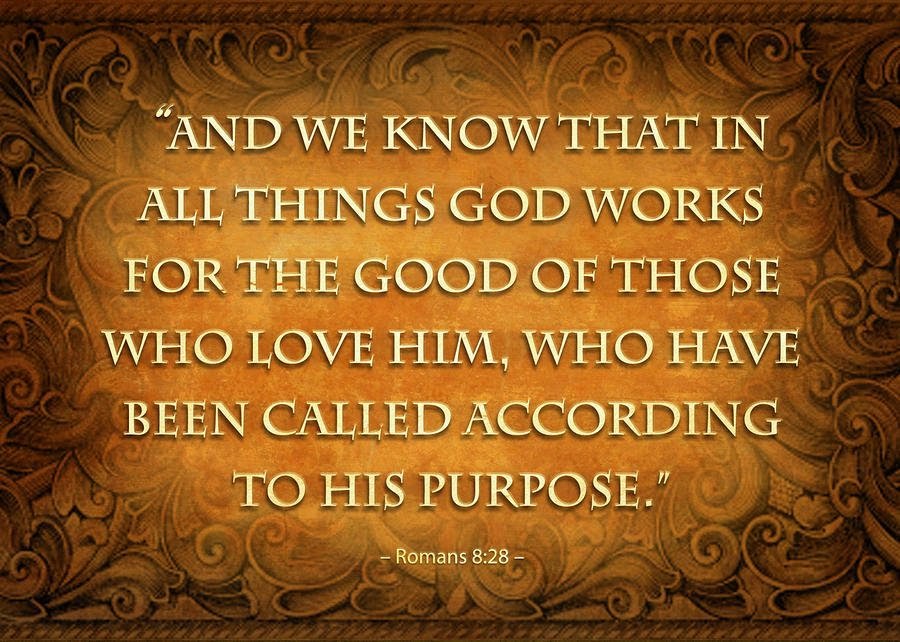 Romans 8:28 tells that "And we know that God causes all things to work together for good to those who love God, to those who are called according to His purpose."

Most memorize the part including "God causes all things to work together for good" but leave out the qualifiers at the end. Those qualifiers come in two parts: (1) do you love God? and (2) Are you functioning in the role that HE has called you to function in for HIS purpose?

(1) If you love God then you obey God, you follow His commandments, including the 10 plus the additional 50 or so that Jesus gave us. The proof is in the pudding. Do you show God that you love Him by loving and obeying His commands in your life?

(2) Are you functioning in the role within the five-fold ministerial offices (Apostle, Prophet, Evangelist, Pastor or Teacher) that God has called you to? While it's true that some function in multiple roles, are you functioning in your true calling according to God's defined purpose for you?
Today there are all kinds of people that carry the title Apostle in front of their name. I recently saw a conference ad where every single speaker was labelled an Apostle. Now, I have no idea what qualifications are being used to define the title Apostle these days but one thing I do know and that is, according to the word of God, an Apostle means a LOT more than just someone 'sent out'. If we look at the acts of the Apostles according to scripture, there were miracles going off like pop corn everywhere they went - instant miraculous healings (Peter's shadow) - and sometimes even when they weren't present at all (Paul's aprons) - and demons coming out of people just by their mere presence! You VERY rarely see this happening with today's "apostles". (Pssst, this is because they aren't true Apostles)

Likewise, anybody that can put two words together to speak about God is called
an Evangelist today. According to scripture, in the case of Phillip, a true Evangelist not only wins souls to Christ but also has the evidence of miracles of healing and casting out demons that accompany their ministry. Today we have 'preachers' calling themselves Evangelists who don't even believe in the work of the Holy Spirit! (Psssst, this is because they aren't true Evangelists)

When you look close at the word of God the truth is revealed. When you include the qualifiers in quoting this scripture alone it becomes something quite different, doesn't it?