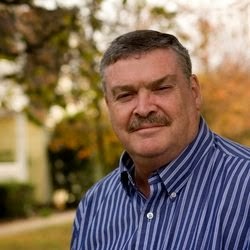 "Then the righteous will shine forth as the sun in the Kingdom of their Father. He who has an ear to hear, let him hear." Matthew 13:43
Dear Friends,
Cheryl and I are currently in Jerusalem walking the glorious ancient streets of God's holy City.
A biblical new year has begun here and though, as usual, the expectations for prosperity and peace are given voice by the good wishes that are exchanged between people the fact is we are increasingly experiencing the birth-pangs of an approaching glorious kingdom.
Humankind's attempt at a new world order is fast running out of steam since it just cannot find the righteousness that goes with justice and peace. Violence, war, mayhem and disease is our ever present reality and it will get worse because the world has rejected and in many cases, as in the West, abandoned the good news that Jesus brings to it. Things can only go downhill in a context like this but at the bottom of the hill the world will meet with the judgment of God. Does all this sound dismal to you? It should and it's not negative for those who have a personal relationship with God by Jesus Christ.
We have known for a long time that God is going to shake all things in a last attempt to get the attention of a world that is increasingly plunging into chaos and darkness. (Hebrews 12:25-29) Jesus Himself declared that a time of tribulation and difficulty would come upon the earth such as the world has never seen! (Matthew 24:21) The intention of God is to induce repentance in humankind before it is too late. Sadly scripture, foreseeing these times, declares "and they repented not." (Revelation9:20) The chaos will then continue!
However, the God of the Bible will stop at nothing in order to capture the attention of the world but chiefly that of His people and so this year has witnessed the beginning of the Tetrads or blood moons over Israel. Though some have scoffed at this they have been proved wrong in that indeed Israel has been plunged into war and the wider Middle East region has fallen into a new barbarism that has not been seen since the Middle Ages. These have always been the warnings or harbingers of blood moons. Indeed we should all be wary about strange phenomenon but the Bible itself declares that God will use the luminaries to speak to the world of danger and judgment and He is. (Genesis 1:14) In recent days we have all been enthralled as pictureof the new blood moon are being sent across the world on the social media. These have been confirmed by Nasa and they will appear again next year. We have all been warned even though the scoffers will discount it all. (2 Peter 3:3-4)
The truth is a glorious kingdom is coming and it is coming soon. Jesus promised to return to the earth to save it from "self destruction." ( Mark 13:26) He will put His feet again on the Mt. Of Olives and He will usher in a true new world order of peace, justice and righteousness. (Acts 1:11-12) Everything Jesus ever said came to pass exactly as He gave voice to it and He will most assuredly come again as the "lightning flashes from the east to the west." (Matthew 24:27) That for which the world longs for and can only dream about is coming soon and it will come through a Jewish Jerusalem and this is what makes the restoration of Israel to the city so vital and important. It also triggers a conflict, induced by dark unseen demonic powers, over the city of a huge and serious nature. (Revelation 16:12-16)That conflict is approaching! This in addition means that Christians have to join it, on behalf of Israel, with the very real and powerful weapon of prayer. ( 2 Corinthians 10:4) This weapon when rightly used can bring down visible empires and has; just ask Daniel the Prophet!
Together with this weapon of prayer we also embrace the weapons of faith and praise. That is, we believe and declare God's word and we rejoice in the fact that good will win out over evil and righteousness and justice will overcome wickedness and oppression. It is in fact the Feast of Tabernacles that declares these truths in a unique and dynamic manner. It is the feast of the triumph of the Kingdom of God and it embraces all peoples and nations in its vision and sphere of influence. One day all nations will ascend year by year to Jerusalem to celebrate this Feast as an expression of gratitude and thanksgiving to the Prince of Peace for saving the world from evil and ushering in a kingdom of true love. ( Zechariah 14:16-17)
This week, as thousands of Christians ascend to Jerusalem to celebrate the Feast of Tabernacles, they do so with the knowledge that now they are part of the battle to bring in the approaching kingdom with prayer and praise but then, in the not too distant future, the long night will be over and humankind will finally be at rest since the King a Himself will "rule the nations with a rod of iron." ( Revelation 12:5)
Hold these truths close to your heart because they are faithful and true!
May the Lord bless you richly from Jerusalem,
Malcolm Hedding