Praise in the Face of The Enemy (Derek Prince) 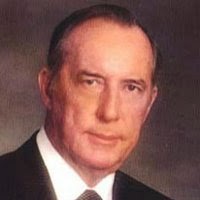 Psalm 8:2 "Nursing infants gurgle choruses about you; toddlers shout the songs That drown out enemy talk, and silence atheist babble." (The Message Version)

The Bible shows us so clearly that every one of us has a foe, an avenger – someone who’s out to destroy us. His name is Satan. He’s the devil. He’s the accuser of the brothers. He’s the one who misrepresents us, who’s always against us, who misinterprets everything we do, who accuses us before the very throne of God. How can we stop him? How can we silence him? The answer is by praise. When praise ascends to God, it silences Satan. It silences his accusations. It stops his mouth and we have free, unhindered access to God. We live out our life without that continual condemnation of Satan’s accusations.

Remember, praise is the way to bring God in on your side against the devil.