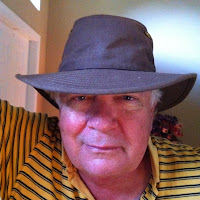 A consigliere is a trusted advisor or counselor to a La Cosa Nosta Don, a Mafia family boss. The term was first popularized through Mario Puzo’s 1969 mafia crime novel The Godfather. Robert Duval played the part of the Corleone mafia family’s consigliere, Tom Hagen in the Godfather series of movies.

With some reluctance, I have come to realize that a significant portion of my ministry as a Bible teacher might be described as serving as a type of wartime consigliere for the Body of Christ. It’s not easy to focus on this aspect of ministry as my jovial predisposition wants to forget about the war to concentrate on the more pleasant aspects of the faith. Experience has proven that victory is more likely to be apprehended by those whom I serve if I occasionally emphasize the biblical fact that we are in a war with evil. To fulfill my calling, I am obligated to encourage all at becoming proactive in talking the battle to the enemy.

This article is a brief reminder of the emphasis the New Testament places on the realities of our war.

All avid Bible readers know that the first step of Jesus’ launch into ministry was a mind battle with Satan. Christ overcame the devil by rebuking him with the Word of God. That was a single battlefield skirmish and it did not end his war with the evil one. The Scriptures infer that Satan returned for conflict with Jesus after departing from him for a season. (Luke 4:13)

Jesus trained a total of 82 disciples to assist him in engaging the demonic forces of Satan on the frontlines of the battle for the souls and bodies of mankind. For the 3.5 years of his ministry, and that of his men, they expelled evil spirits of every sort and healed those who had been wounded by the sicknesses of the enemy. The Early Churchmen and Christians followed suit and believers will continue to do so until the final battle at the end of the Millennial Reign of Christ.

The Apostle Paul refereed to Christians as soldiers who had been enlisted into God’s army by the Lord. (2Timothy 2:3-4) Throughout the New Testament there are over 325 single verse references that mention Satan and various aspects of our war with him and the schemes of his minions. Many of the references extend into further verses to explain the nature of the battlefields.

As a wartime consigliere, I must tell you that you are in a war regardless of whether you feel called to armed service or not. Do not be alarmed by this. Acknowledgement that there is a war is not a peculiarity of Christians that flows with Satan’s whispers that emphasis on this spiritual dynamic is weird. Without understanding who the war is with, the people of world demonstrate daily that they are in a fearsome battle for their lives.

As learned behavior performed unconsciously by rote, homemakers purchase anti-bacterial wipes and household disinfectants to protect their families. Many public thoroughfares have intermittent hand cleansing stations. The entirety of the Medical and Pharmaceutical industries would be out of work were it not for concerns about every form of disease.

Obama-Care would not have ever been passed were it not for the populations’ preoccupation with the likely-hood of becoming disease stricken. Insurance companies make billions to hedge against fears of loss of income by death. Pest control companies exist to keep disease carrying insects and rodents away from homes. The number of police related TV shows and movies point to mankind’s fascination with the solving of hurtful crimes.

All of this demonstrates that the people of the world wittingly and unwittingly indicate that they are in a war. Believers should not be shy about expressing strategies to overcome the invisible forces that are the instigators of the war with the unsaved as well as the born-again.

Satan Prefers to Kill You Softly

Jesus spoke about how the enemy comes to steal, to kill and to destroy. (Jn 10:10) Many Christians make the mistake of not becoming proactive in battle until it is obvious that the thief is at work. Too many wait for some sort of tragedy to happen.

It is my observation that more often than not, Satan prefers to subtly rob and destroy the joy in believer’s lives slowly rather than to bring about instant death. It is his delight to bring reproach to the name of Christ by making it appear that faith in Jesus has no benefits. The destroyer saps away peace and joy by seemingly routine life events.

The car needs more work after it just came from the shop. The kids go berserk on a night that mom and dad anticipated freedom from childcare hassles. Cyclical yearly ailments strike precisely on time and so forth etc, etc.

The Bible declares that believers will undergo tribulations for righteousness sake. It is godly to bear up under that type of persecution. It is quite another to take it patiently when battered by endless events that are solely due to the Devil’s destructive nature.


Jesus gave us instructions in the Lord’s Prayer about how to minimize demonic strategies that are designed to burglarize the Kingdom’s peace and to kill our daily pursuit of reasonable enjoyment of life. We are to pray for deliverance from evil. It requires preemptive thought about all of the arenas of life from which the subtle attacks might come.

This wartime consigliere suggests that you list all issues of life important to you. Systematically call for protection from evil in each one at least one time weekly. Think of it as your use of anti-satanic disinfectant wipes for cleansing possible harm from each area. I am speaking of the likes of your relationships; your and your children’s health; your employment and savings; accident free motoring; and the function of work and household appliances.

The Bible prophesies that during the end-time battles many will become offended and will depart from the faith. (Matthew 24:10-14) As a wartime consigliere, I have observed that a main way that it happens is when things happen to circumspect Christians that are not supposed to be able to happen. One is the devastating sicknesses that strike some homes.

The general innuendo of much teaching is that if all spiritual bases are covered, protection from wasting disease happenings are a given. I think there is a reason for this presumption to often be proved wrong. The restoration of revelations about divine healing has come in bits and pieces over the past century.

Upon the arrival of a new revelation, whether it is the baptism in the Holy Spirit; breaking curses; deliverance from demons; or whatever, it is preached as though it is a cure all to end all with finality. The failures that we have all witnessed and that too many have experienced are disheartening.
The secret to not becoming offended is to disinfect your mind with realities from life and the Word of God. There are casualties in all wars. God has chosen to release revelations about the weaponry of our warfare in a progressive manner through periods of refreshing from his presence. (Acts 3:19-21) The failures are due to the fact that we claim possession of an entire truth when we have only received the initial revelations about that particular area of warfare.

God is not at fault when we prematurely propagate revelations as complete that are half-baked with incomplete revelations. Divine healing is not an exact science. In due time the Lord will divulge the lacking ingredients to give glorious victories where there were once too many failures. Disinfect your mind with the decision to continue in strong confidence in God’s wisdom.

Those who endure till the end will be saved to see the victories in this life or from heavenly banisters. Do the best you know how with present revelation and correct and adjust as the Spirit gives clarifying insights that were there all along in the Scriptures. In Christ, you have an eternal win, win situation. That is the advice of this wartime consigliere and I am sticking to it.

May the blood of Jesus cover, bless & protect you!
~Mark