The Watches of the Night

Since Mark made his prodigal return, God has come to him at 4AM. Sometimes to answer questions, sometimes to give him directives and sometimes just to be with Him. For months he didn’t understand the significance of the time aspect but had a Messianic Bishop from Israel explain it to him. You see, 4AM is the fourth watch of the night, sometimes referred to as the “watch of miracles”. In Matthew 14:25 Jesus walked on water during the fourth watch. The scripture is specific in mentioning that this miracle took place “in the fourth watch of the night”, which means a time just before dawn. The watches not only have daily ramifications but are also referenced when talking about the progression toward end times – the end time clock as it were.

The day now is exactly the same as it was 2,000 years ago. For the Egyptians, the daylight hours were the ones that counted and they told time by dividing the day into 12 hours. The Greeks added another 12 hours to the night timetable to complete the 24 hours in a day. The Romans further divided the day into twelve hours. Following Greek tradition, the night was divided into four watches or vigils, each consisting of three hours, which were designated as shifts for soldiers or sentinels to stand guard and, well…watch.  It was reasoned that a city guard couldn’t stand watch all night, so they divided the watch times. The first watch of the night was from 6PM (Sunset) to 9PM;  the second watch of the night was from 9PM to 12 Midnight; the third watch of the night was from Midnight to 3AM and the fourth watch of the night from 3AM to 6AM, which signaled the end of  the night and the beginning of the day. Each day began at 6AM and ran until 6PM, with the hours being referred to as ‘the third hour of the day’ (9AM) or ‘the ninth hour of the day’ (3PM).

Mark 13:35  “Watch therefore, for you do not know when the master of the house is coming – in the evening, at midnight, at the crowing of the rooster, or in the morning”.

The divisions of the Roman night were evening, midnight, cockcrowing, and the morning. Each is associated with a divine movement. The first and the last watches have to do specifically with God’s earthly people, and are treated so by Matthew in his Gospel.

In Matthew 14:23  the Lord sent the multitude away after having constrained His disciples to enter into a ship and go to the other side. Then He went up, suggesting His ascent to the Father’s throne, “apart to pray.” These words indicate the ministry which engages our Lord at the present time. The ministry is twofold. As our Great High Priest He intercedes with God because of our infirmities, and fulfils a preventive ministry. Furthermore, He is our Advocate with the Father because of our sins; this ministry is restorative. “When the evening was come He was there alone.”

Evening is the first watch, and in the first watch Christ went away, and has been alone on high during the dark hours of this spiritual night which settled on the world.


“The ship was now in the midst of the sea, tossed with the waves: for the wind was contrary.” There is a time coming called “The Great Tribulation” when the prince of the power of the air (Satan) will inspire his satellites so that the storm of persecution will burst on the faithful remnant of Israel, and unless those days are shortened no flesh should be saved. Despite all the satanic efforts, God shall bring the remnant to their desired haven (See Psalm 107:30).

In Matthew 14:25 we read, “In the fourth watch of the night Jesus went unto them, walking on the sea.” The manifestation of Christ as the mighty deliverer of His people, the remnant, shall allay every fear and bring deliverance to the faithful.

The first and the last watch have a special bearing on God’s earthly people. Now, let us examine what Luke says about the watches of the night. “If he shall come in the second watch, or come in the third watch, and find them so, blessed are those servants” ~  Luke 12:38

During the first watch we regroup. This is the time we need to “still” ourselves from the world, removing the cares of the day and preparing to focus on the Lord and His plans for us.

The second watch is midnight and is a time of thanksgiving. Psalm 119:62 says “At midnight I will rise to give thanks to You because of Your righteous judgments." This is a time when the Lord begins to prepare us to receive many acts of change in the earth. This is also a time that God is dealing with our enemies that are trying to keep us from entering into His perfect plan for our lives. It was at midnight that the Lord struck down all the firstborn in the land of Egypt (Exodus 11:4 and 12:29).

Matthew 25:6 “And at midnight a cry was heard: ‘Behold the bridegroom is coming; go out to meet Him!”

The third watch, the “cock-crowing;” is a wake-up call and I believe, with the advent of Azusa Street revival of the early 1900’s and the Jesus People revolution in the late 60’s, that birthed so many of today’s nondenominational churches, is fully underway. This is a watch when there is much spiritual activity occurring.

**The midnight cry was to wake up. The cock-crowing will be to take up. Jesus must come for His own in the end of the third watch or the beginning of the fourth watch if He is going to bring all the Saints back with Him during the fourth watch. Some say that we are right there now, on the threshold of rapture.


Zechariah 14:5  states “Thus the Lord my God shall come, and all the saints with You.” 1 Thessalonians 4:14  affirms, “God will bring with Him those who sleep in Jesus.” This means that the saints who had departed this life had not missed the glory of the coming kingdom. When Christ comes to undertake the government of this world, He will bring the saints with Him. In Jude 1:14-15  we learn of the early prophet Enoch who prophesied saying, “Behold, the Lord comes with ten thousands of His saints  to execute judgment on all”.

The prophecy of Enoch in Jude like all other prophecies has a past, present and future aspect. The past was when Enoch spoke it; the present, when the deluge came and took all the ungodly away; the future will be when Christ comes in might and majesty.

The first watch is the evening watch, those in that watch saw Christ go up into Heaven. The second is the midnight watch of anxiousness. The third is the cock-crowing and indicates a “wake up” call that Christ is coming to take us up to the Father’s house. The fourth is the morning watch and intimates that Christ will come to set up His glorious kingdom and reign in equity.

The Significance of the 4th Watch 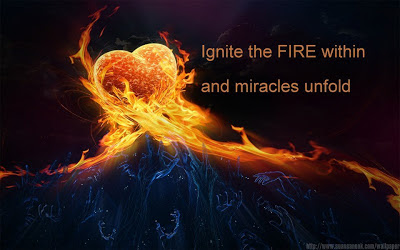 As stated, the Romans divided the night into four watches of three hours each. These watches, and the attitudes that go with them, can be illustrated in Matthew 14:24-25. If we look at the disciples struggle on the lake in terms of the watches it might look like this:

During the first watch of the night they began with great intensity. They were rowing and rowing and getting nowhere and began to get discouraged. In the second watch of the night, I’m sure just as they were tired and tempted to quit but decided to give it their all. I’m sure that some of the disciples said, “Come on, we can do this! We’ve done this before. This is nothing new. We’ve done it, let’s do it again” So they continued to struggle. In the third watch of the night they still had gone nowhere and more were even more in despair. Maybe there was a lone voice, one or two perhaps, who said, “Come on, we can do this! Don’t give up now, we can do it!” In the fourth watch of the night there was total despair. The attitude changed from hope to hopelessness. After struggling all night, I’m sure the disciples said to one another, “We’re doomed. We can’t do it. We’ve lost. The sea is too great for us.”

·         The Fourth watch is a significant in that it is the final watch and tribulation before the return of our Lord Jesus Christ.
·         The period of the “Fourth watch” is a very trying period for all upon this earth, it is a time when the Lord starts sifting and separating His children from the children of Satan. The fourth watch is go time!
·         No more a time of passivity and indecisiveness. The Lord is bringing very hard times to this world and we have our final chance to choose the mark of God or the mark of Satan.
·         It is a time when many false prophets shall arise and deceive many and also a time when God will pour out His Spirit upon His prophets, who will lead the way to truth and life. There is currently a rise in the office of Prophet and signs and wonders are on the increase!
·         In Israel, whenever they have an urgent prayer need, they meet at 4AM to bring it before the Lord – that’s how important 4AM is!

Why does Christ wait until the 4th watch of the night? There are many answers to a question like this. One answer is certain, God lets us struggle so that we might be humbled. It is then that our Lord came to the disciples. He lets us struggle so that we might see that we have nothing. The fourth watch is the last portion of the night. It’s preparation for the day ahead.

Exodus 34:3 “So be ready in the morning, and come up in the morning to Mount Sinai, and present yourself to Me there on the top of the mountain.”

Genesis 28:18 “Then Jacob rose early in the morning, and took the stone that he had put at his head, set it up as a pillar, and poured oil on top of it.”

It’s a time to ask the Lord open the heavens and connect heaven and earth where you are.


The revelation of divine truth does not often come to us when life is comfortable. The revelation which is existentially real to our hearts does not come when everything is going right, when our refrigerators are full and our bank accounts have extra and everybody is treating us the way we want to be treated and everything is explainable. The revelation of divine truth comes when we struggle and in our struggle we finally have no rational option other than to believe – to accept by faith that there is no explanation other than divine intervention! I know that is true in my case. I had to be brought down to nothing.