Can a Christian be ‘Demonized’? 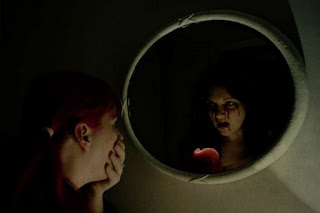 There is in the church a very wide divide when it comes to the notion of Christians being demonized. One reason for this concept is an incorrect translation of one word from the original Koine Greek of the New Testament, 'daimonizomai'. This word is even translated incorrectly in Strong's concordance - G1139, which has it as "possessed by devils or by the devil".
The Greek root 'daimon' is demon and the suffix 'izomai', a variation of the Greek 'isma', the same as the suffix 'ism' in English, which means "indicating behavior or a characteristic quality of". For example, the English word 'professionalism' is defined by Webster as 'exhibiting the conduct or characteristic behavior of a professional'. The word 'daimonizomai' then, means to 'exhibit the conduct or characteristic behavior of a demon' - which equates to having a demon. For lack of a better term, this is referred to in modern English as 'demonized.' The word in no way indicates 'total control of', which is an essential aspect of possession, which is how Strong and most translations have it in scripture.
Scriptural Evidence
2 Cor 7:1 “Having therefore these promises, dearly beloved, let us cleanse ourselves from all defilements of the flesh and spirit, perfecting holiness in the fear of God.” This is a call for believers to cleanse themselves physically and spiritually and maintain a fear of God. Why, if there is no threat of these defilements infiltrating?
Revelation 18:1-3 speaks of fallen Babylon, the dwelling place of demons and a prison of every unclean spirit. Then in verse 4 it says “Come out of her, my people, that ye be not partakers of her sins, and that ye receive not of her plagues.” The “my people” here are believers and this is a warning to repent or else! In order to “come out” of something, one has to ‘be in’ something. Again, these are believers being addressed and what they were ‘in’, or rather what was in them, was evil spirits.
Ephesians 6:10-18 instructs us to be strong in the Lord and verse 12 defines that “our struggle is not against flesh and blood, but against the rulers, against the powers, against the world forces of this darkness (demons), against the spiritual forces of wickedness in the heavenly places (fallen angels).” Verse 13 warns us to “take unto you the whole armour of God, that ye may be able to withstand in the evil day, and having done all, to stand.” This is very direct yet many don’t get it. Why would we need the armor of God and what do we need to ‘withstand’ if there is no threat? Verse 18 instructs us to “be on the alert with all perseverance” – again, why if there is no threat from demonic infiltration?
Why does Paul admonish the Corinthian believers in Chapter 5? One man was having sex with his stepmother (v1). The demonic conduct of the Corinthians rivaled that of Gentile (unsaved) debauchery and instead of confronting the issue and removing the person involved, they had become arrogant (puffed up) by pride (v2). Pride, by the way, is demonic and it is pride and pride alone that causes any believer to deny the possibility of evil in their lives. It was pride that caused Lucifer to rebel against God, so by acting out of pride, you are "indicating behavior or a characteristic quality of" - the demon of pride.
Further, Paul speaks of that ‘J word’, judging others by the yardstick of Christ and that he had judged the offenders accordingly (v3-5) - and these were Spirit-filled believers!
There is an abundance of scripture that speaks to the demonic in believers – I said IN believers. Somehow, Christians today think they are immune to having a demon in them, but one has to ask oneself a question – “Self, what makes you any different than the believers in New Testament scripture who were demonized?” The honest answer is not one thing. Get over yourself, there is no debate.
An extremely incomplete list of scripture that speaks to demonized believers:


For more in-depth information on demons and the ministry of deliverance, see the Derek Prince section under the Video Teaching area of this web site.


May The Blood of Jesus cover, bless & protect you!
~Mark