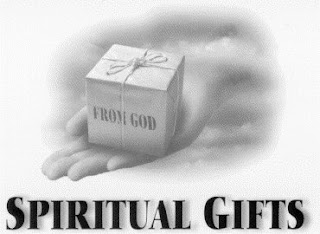 “Then a demon-possessed man who was blind and mute was brought to Jesus, and He healed him, so that the mute man spoke and saw. 23 All the crowds were amazed, and were saying, “This man cannot be the Son of David, can he?” 24 But when the Pharisees heard this, they said, “This man casts out demons only by Beelzebul the ruler of the demons.” 25 And knowing their thoughts Jesus said to them, “Any kingdom divided against itself is laid waste; and any city or house divided against itself will not stand. 26 If Satan casts out Satan, he is divided against himself; how then will his kingdom stand? 27 If I by Beelzebul cast out demons, by whom do your sons cast them out? For this reason they will be your judges. 28 But if I cast out demons by the Spirit of God, then the kingdom of God has come upon you. 29 Or how can anyone enter the strong man’s house and carry off his property, unless he first binds the strong man? And then he will plunder his house.30 He who is not with Me is against Me; and he who does not gather with Me scatters. 31 “Therefore I say to you, any sin and blasphemy shall be forgiven people, but blasphemy against the Spirit shall not be forgiven.

In this scripture we are told about an instant when a demonized man who was blind and mute was brought to Jesus and He cast out the demon and the man was healed. All the people wondered at this miraculous healing, asking amongst themselves if this could be the Son of David, the Messiah. The Pharisees, being jealous, power mongers, who were afraid of losing their prominent position in society if this was the Messiah, started denouncing Jesus, saying that He cast out demons by the power of Satan. Jesus, aware of their efforts, cut them off and stated the famous quote that “a house divided against itself cannot stand”. He went on to explain that if Satan casts out Satan, he conquers himself so how then could his kingdom stand?” The obvious answer is that it could not.  Jesus took the argument a step further and said that if He cast out demons by the Spirit of God, then the kingdom of God was upon them, which it was because the only way to cast out demons is by the authority of the Holy Spirit. Jesus goes on to say that “He who is not with Me is against Me” - you’re either for me or against me, there is no grey area.

So then, from this scripture we can certainly draw the conclusion that if someone says that anything done by the Holy Spirit is done by Satan, they are guilty of blasphemy against the Spirit and are condemned to hell. But is there any other circumstance when blasphemy against the Holy Spirit may be applied? As an example, let’s look at a very controversial scripture, Hebrews 6:4-6. This from the Amplified version:

“For it is impossible [to restore and bring again to repentance] those who have been once for all enlightened, who have consciously tasted the heavenly gift and have become sharers of the Holy Spirit 5 And have felt how good the Word of God is and the mighty powers of the age and world to come,6 If they then deviate from the faith and turn away from their allegiance—[it is impossible] to bring them back to repentance, for (because, while, as long as) they nail upon the cross the Son of God afresh [as far as they are concerned] and are holding [Him] up to contempt and shame and public disgrace.”

There are generally three general camps of thought on this scripture – all of them incorrect.

1)      Some say that this scripture applies to everyone who has experienced salvation, that if anyone falls away they are doomed. Obviously this is very wrong because there would be no prodigals – I would never have had a second chance at repentance, for example, and the parable of the Prodigal Son would have no significance whatsoever.
2)      Some believe that this scripture isn’t addressed to true believers at all but to those who profess to be believers – pretenders if you will. My question is, what purpose would that serve? No one can hide from God or fake Him out by pretending to be a believer. According to scripture God knows every hair on our head and everything that we’ll do our entire existence – long before we even came to exist, so to think that He somehow wouldn’t know our true heart is really pretty silly.
3)      Still others believe that this scripture does apply to true believers but that it means that it is impossible to ‘fall away’ from the faith, that once attained, salvation is ours forever and that we can’t lose it – we are forever secure. Well, that isn’t true either – part for the same reason the first interpretation is wrong (Prodigals) and secondly because the scripture clearly states that when these believers do fall away it is impossible for them to repent and be saved again – so, obviously, they can fall away.

In this highly volatile scripture it states that those who have ‘consciously tasted the heavenly gift and have become sharers of the Holy Spirit”- in other words, those who have been baptized in the Holy Spirit and have become ‘sharers of the gift’ – those who have experienced the ‘mighty powers of the age to come’ – those who have been blessed with God’s power and authority, through Spiritual gifts, to do miracles, healings, etc. in His name - If these people that have been so blessed to be partakers in the Spirit, to be so close to God, if they fall away from the faith, it is impossible for them to repent, for to do so would be equivalent to nailing Christ to the cross all over again.

Since the Word states quiet clearly in the previously quoted scripture of Matthew 12:31 that the only unforgivable sin is blasphemy against the Holy Spirit, then the act of turning one’s back on the Holy Spirit via denial of His spiritual gifts must also be defined as blasphemy, as put forth in this scripture in Hebrews 6:4-6. Therefore, a key element to this warning is this:  when someone is endowed with a gift, for example healing, that enables them to work miracles in the name of God, they can never betray the Holy Spirit by turning their back on Him – that, at that stage of the relationship, when God has put His total trust and authority in us, if we walk away from our faith and fall from grace, then He will walk away from us – permanently. It is obvious in Hebrews 6:4-6 that this act of denying God constitutes blasphemy of the Spirit.

In speaking with other spirit-filled ministers and pastors there is a general consensus that many of today’s pastors, who deliberately water down (or in some cases totally shut down) the work of the Spirit, that talk bad about the use of tongues or preach that healing, prophecy and other spiritual gifts were given only for first century disciples are doing exactly the equivalent of this act – that any form of willfully denying the Holy Spirit’s move is blasphemy against the Spirit. It is further concluded that, in some cases, these pastors do more harm to the Kingdom than good. Even though these pastors may bring in new converts to the body, they do nothing to develop them into mature, spirit-filled soldiers for Christ. The reason is simple – they don’t have the Holy Spirit alive and working in them, so how can they instruct others in the ways of God’s greatest gift? You can give what you don’t have. The way that they can actually be harmful is by false teaching that Spiritual gifts are not for us today – that, in some twisted logic, they were only meant for the original or first century disciples. I beg any of these folks to show me in scripture where it says that Christ will not give us the same blessings today that He gave to His disciples 2000 years ago.

As a result of these ‘baby Christians’ not being fed, nurtured and mentored, there is tremendous turn-over in the congregations of these churches. You can go today and see 20 new converts (who will continue attending regularly) and come back in six months and find that at least 12 have left to go elsewhere – or dropped out all together (God forbid!) - to find somewhere they can be fed and grow Spiritually. The good news is that, for the most part, they will leave and search for more, a deeper relationship with God – one that can only be achieved by way of baptism in the Holy Spirit.

When thinking about this study, another Bible verse comes to mind that God directed me to early in my healing ministry. Luke 12:48 tells us that "From everyone who has been given much, much will be required"  As we grow and mature in Christ, we are given more and more in different areas, one of which is Spiritual gifting. As God gives us more, with each increase comes more responsibility and God calls us to a stricter obedience - to become even more separated to Him. The more obedient we are, the more God will entrust us with. This is why there are Christians that stay at the infant level for many years and those that grow exponentially very quickly. The baby Christians stay where they are because they refuse to surrender themselves completely. Cathie calls this the 'squishy diapers' syndrome and rightfully so. These folks are perfectly content with just being there. Listen folks, Christian growth (not unlike any other kind of growth) is entirely a question of surrender and obedience coupled with the desire to know more of God. Some folks are happy just being saved (not that there's anything wrong with that, right? hehe) and others want to experience absolutely everything that God has for them - dive in the deep end - and God bless them, we need more of 'em!

I suggest giving up - just surrender every bit of you to God. Then step back and watch how God uses you. What have you got that's so good that you allow it to block God from working fully in your life? Give it up and get on with it!