The Basics of Deliverance - Part Three – How Demons Enter 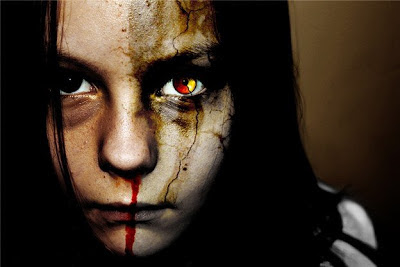 In this study, we will examine seven ways that demonic Spirits may enter into a human host, whether Christian or not. So, let's get right to it, the seven most common means for demons to enter.


1)     Occult Background – This applies to having someone in your family history, going back four generation, there has been involvement in the occult. There is scripture that supports this idea of the ‘generational curse’ found in Numbers 14:18; “‘The Lord is slow to anger and abundant in lovingkindness, forgiving iniquity and transgression; but He will by no means clear the guilty, visiting the iniquity of the fathers on the children to the third and the fourth generations.” This entry point specifically deals with false Gods – a breaking of the first two commandments, “You shall have no other God before me” and “You shall not make any image (i.e. statue or anything else besides God/Jesus) to worship”.  ALL forms of idolatry automatically expose people to demonic forces. So, if you’re father, grandfather or great-grandfather was involved in any form of occult activities, especially any form of idol worship or false religion, you are open to demonization. This includes statues to deity as well...ANYTHING or ANYBODY that is not specifically the embodiment of God in Christ. This is not an automatic condemnation, of course. The condemnation comes only when you reject the solution, which is the acceptance of Jesus Christ as your Lord and Savior.

2)     Personal Occult Involvement – There is an expression that goes “He who dines with the devil must use a spoon with a long handle” Unfortunately, there isn’t a spoon with a handle long enough to protect you from demonic influence when you associate yourself directly with demonic forces. Deuteronomy 18:10-12 tells us that, “Let no one be found among you who sacrifices their son or daughter in the fire, who practices divination or sorcery, interprets omens, engages in witchcraft, or casts spells, or who is a medium or spiritist or who consults the dead. Anyone who does these things is detestable to the Lord; because of these same detestable practices the Lord your God will drive out those nations before you.”  This scripture states that God counts practicing a false religion equal to offering a son or daughter as a sacrifice by burning them alive – that’s pretty serious! Again, this curse goes back four generations so if you’ve had relatives that have been involved in witchcraft, fortune-telling, a medium or someone who ‘speaks with the dead’, predicting the future (i.e. horoscopes) or casting spells, such as in voodoo, you are open to demonization, for all of these activities are ‘an abomination to God’. Stay away from fortune-tellers and Taros card readers – I refuse to even eat a fortune cookie at a Chinese restaurant, let along read one! It is real people – whether or not you’re participating in ‘an evil activity’ deliberately or not, this is not being paranoid - this is very real!

3)     Pre-Natal Influences – This includes things that happen while you are still in your mother’s womb. The most common event has to do with rejection or resentment. Maybe the mother is afraid of rejection from her husband or even an unwanted teen pregnancy – anything that would cause feelings of resentment from mother to child. This could be as simple as selfishness on the part of the mother that her life is changing drastically and she doesn’t want the change. Believe it or not, an unborn baby is very sensitive to attitudes – it’s not just a fetus, it is a person with all the attributes of a person – and it is born with a spirit of rejection already in it! The same thing can happen even if the mother is fine with the pregnancy but develops a fear while carrying the baby. This fear could be the result of a shock or something that has slowly developed. If a demon of fear enters the mother, it has two options – stay with the mother or enter the unborn baby. The demon may find it more convenient and easy to leave the mother and enter the baby – there is no resistance at all from the baby. As a result the baby is born with the unclean spirit of fear inside of him or her. If not delivered, this person can carry this fear their entire lives and not understand where it comes from! 1 Peter 3:6 says “just as Sarah obeyed Abraham, calling him lord, and you have become her children if you do what is right without being frightened by any fear.”  To be a daughter of Abraham you have to be able to resist the sudden shock of fear. Not to be sexist or anything, but I would say that women are more apt to react and take it sudden fear than are men. As odd as it sounds, I witnessed several deliverances by Derek Prince and my folks where the person being delivered was demonized by fear before they were even born. It is much more common than you might imagine.  Derek even made a study of Americans of the same general age that were delivered of demons of fear. What he found was that the people in question were all born during the great depression. The children had been demonized by rejection spirits given to them from their mother who was seized by fear of surviving the economic hardships of that time – and in turn resented having another mouth to feed. Understandable when you think about it.

4)     Soul Domination – There are two key words associated with this demon: domination and manipulation – two words definitely associated with Satan. There are some people who dominate other people by what is termed ‘soulish domination’. One of the most common examples is a mother dominating her children. One of the prime motivators for this form of domination is guilt. There is many a bank executive that is emotionally stumped in growth due to still being tied to his mother’s apron strings. The spiritual umbilical cord has never been cut in these people and the forms of manipulation from the parent are endless. This form of demon can also be employed in an entire family. Take for example the prima-donna type mother who always has a headache and the entire family has to tip-toe around on egg shells for fear of disturbing ‘her highness’. The mother manipulates and dominates everything and everybody inside the house. This demon is sometimes commonly referred to as ‘the nag’. The psychological condition commonly called 'the Jewish Mother syndrome' is a direct result of this form of demonization.

5)     Pressures In Early Childhood – A child’s emotional and spiritual defenses just aren’t strong enough to block just about any form of demonic pressure. In James 3:16 it says, “For where jealousy and selfish ambition exist, there is disorder and every evil thing.” Where there is an atmosphere of disharmony between the parents of a child, that child will most definitely be exposed to the influence of the demons attacking the parents. Derek Prince estimated that at least 90% of all children are incapable of keeping them from invading. His further estimation was that 80% of all demonization start before the age of five – and that the relationship between the parents were directly to blame!

6)     Moment or Place of Weakness – This can be emotional or physical weakness. Say a person is standing on a street corner and witnesses a horrific car accident with gruesome injuries or death. In that moment that person can be exposed to a demon of fear…and who wouldn’t be afraid in that situation? This can happen to absolutely anyone at any time. Maybe a woman has a child die at an early age and mourns to the point of depression that lasts over many years. She is being demonized by grief. Remember from Part One of this series that the primary objective of demons is two-fold: (1) to keep man from knowing Jesus as his Savior and (2) to keep man from serving Jesus effectively. In other words, to keep us separated from God – and fear or depression are two very powerful spirits that can demonize us for a lifetime, if not dealt with. The spirit of disappointment is another – a love or an ambition that has failed can lead to being demonized by the spirit of disappointment. Physical injury can also lead to demonization. There was a man who, when a boy, was struck in the head by a baseball. Soon after he developed epilepsy and suffered with seizures for years before coming to one of Derek Prince’s meetings. He delivered him of epilepsy and, with his wife, prayed for complete physical healing. The man never had another seizure in his life. Remember epilepsy is one of the ‘physical’ conditions that is always brought on through demonization. (See Matthew 17:14-21 "...But this kind does not go out except by prayer and fasting")

7)     Sinful Acts or Habits – If you persist in sinful acts or habits, sooner or later it will become demonic. These ‘acts’ can be almost anything. If you go to one of these so called ‘horror’ movies of today, you will be subjected to all kinds of demonic influences. Is it any wonder why we have the mass killings that we have had in the last fifteen years? With movies and video games becoming more and more violent and graphic it should no shock at all that open demonic activity is on the rise. These acts can also include pornography, masturbation or even using foul language.

Although this list is representative of a complete list of the possible ways that demons can enter, it represents the most common means by which demons enter.