Weapons in the Sanctuary 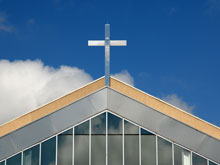 "So I have looked for You in the sanctuary, to see Your power and Your glory" (Psalms 63:2).

The whole earth is groaning for the revelation of the sons of God. We are in the end-times, and we will face end-time battles. One of the keys as we enter this season is that the weapons for these battles are in the House of the Lord.

A good picture of the times we are in can be found in 2 Kings 11. Athaliah, the daughter of Jezebel and Ahab decides to kill all the heirs to Judah’s throne so she can hold onto the throne of Judah. One royal heir, Joash, is hidden away in the House of the Lord and spared. For six years during Athaliah’s wicked reign, the priests of the God secretly protected, nurtured, trained, and groomed him to be king.

"May the Lord answer you in the day of trouble; may the name of the God of Jacob defend you; may He send you help from the sanctuary, and strengthen you out of Zion" (Ps. 20:1-2).

This is important for us today. We all need to stay in the House of the Lord. None of us lives unto ourselves alone. We must be together in battle, and continually encouraged, trained, and nurtured in the context of God’s House. “It’s me and Jesus” has never been God’s plan. The Bible uses the word “together” 484 times:
Learn to live together as anointed servants of God. Then we’ll be sitting in heavenly places. If you’re not sitting together here, you’re not going to be sitting together in heavenly places over there. We are God’s legislative body, the Ekklessia Jesus spoke of in Matthew 16:18, binding and loosing together to amen God’s will in heaven on earth.

“In the seventh year Jehoiada sent and brought the captains of hundreds—of the bodyguards and the escorts—and brought them into the house of the Lord to him. And he made a covenant with them and took an oath from them in the house of the Lord, and showed them the king’s son. Then he commanded them, saying, ‘This is what you shall do: one-third of you who come on duty on the Sabbath shall be keeping watch over the king’s house, one-third shall be at the gate of Sur, and one-third at the gate behind the escorts. You shall keep the watch of the house, lest it be broken down’” (2 Ki. 11:4-6)

It was in the House of the Lord that the king is revealed. And the keepers of the watch, the watchmen, were those who guarded the king. The same spirit that tried to kill Joash is the spirit that is out to assassinate our children. It is the same spirit that is trying to usurp the legitimate heirs of America and put in place another kingdom with different values and ideologies. We must take our place as watchmen kings and priests before the Lord to defend and protect our inheritance for the sake of our children and children’s children.

One of the primary weapons of God’s end-time army is the power of the Watch. Jesus told His disciples what to expect in our day, and He also told them what to do: “Watch and pray.” He is calling each of us to corporate prayer, praise, and intercession. In the Watch we get His strategies, and His intelligence for the battles we wage. We pray in harmony with heaven to exercise the spiritual authority He has given His Church. Prayer is where everything begins and ends in the realm of the Spirit. It is here that everything is accomplished.

“And to the captains over hundreds did the priest give King David's spears and shields, that were in the Temple of the Lord” (2 Ki. 11:10).

The watchmen were given the weapons that King David had made during his reign, and that Solomon placed in the Temple at the dedication.  At that dedication service, the glory filled the Temple so that the priests were not able to minister so thick was the glory. Generations later, the weapons in the sanctuary dedicated to the purposes of God and His kingdom were given to the captain and the guard to usher in the king to his kingdom.

"When I thought how to understand this, it was too painful for me—until I went into the sanctuary of God; then I understood their end" (Psalms 73:16-19)

The Church’s destiny is to overcome. Jesus promised, “I will build My Church and the gates of hell will not prevail against it.” We may have imperfections right now, but God’s promise is that as darkness gets darker, we will arise and shine with His glory. We will be equipped with the weapons of His sanctuary, and be a bright and shining light in the nations. The victorious army of the King that goes forth conquering and to conquer until the kingdoms of this world have become the Kingdoms of our Lord, Jesus Christ.