God in His mercy sent the prophet Jonah with a word of warning to the inhabitants of
Nineveh. Jonah walked through the city declaring, “Yet forty days and Nineveh will be
overthrown.” Notice what was said of the people of Nineveh in verses 5 and 6. They believed in God. From the greatest to the least of them … they put on sack cloth. Do you see what their king did? He called the people to fast and turn from their wicked ways.

Now, look at our nation. On April 30, 1789 George Washington was sworn in as the first
President. His first act as President was to lead the members of the Senate and House down the street to a little chapel called St. Paul. By example, they led our nation in prayer. The bells tolled in New York City from 9:00–9:30 a.m. calling the inhabitants of the city to pray for the newly formed government. 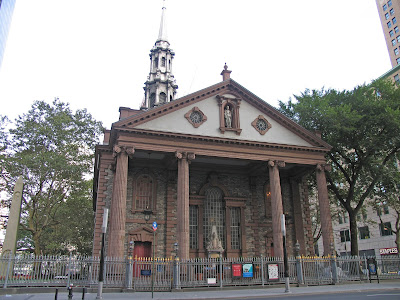 Pray for this nation, like Nineveh, to heed the warning and avert judgment.

Pray for leaders who will call the nation to prayer and repentance.
Posted by First Love Missions at 11:47 PM